In collaboration with the UK Department of International Development Knowledge and Research program (DFID-KaR), ENERGIA developed a number of case studies to fill the data gap. The research was used and referred to in the Chair’s Summary of Parts 1 and 2 of CSD-14 and in the outputs of the Expert Committee to formulate Energy Policy, Planning Commission of India (Power & Energy Division). This represented one of the first attempts to build collaborative research between energy and gender experts.

ENERGIA’s ability to convene and connect different institutions working on themes interlinked with gender and energy helped develop a collaborative environment to advance evidence that could be used by governments and decision makers.

The DFID-KaR project aimed to synthesize and review existing literature and case study research to further understand the links between energy, gender and sustainable development, as well as to improve project, program and policy design. And even going beyond this objective, the project wanted to explore how the outcomes of this kind of research could strengthen and influence policy.

Evidence from the research. Changing the perspective: Women as agents of change

The definition of energy and gender, and their interlinkages, changed over time. Women were initially seen as victims and beneficiaries of energy services and interventions. ENERGIA strived for the recognition, inclusion and engagement of women in all levels of the energy sector. Later on, there was a slow recognition of women’s potential to contribute to use, choice and deployment of energy services. Women began to be seen as key actors in the energy transition and the adoption of new clean energy sources, because of their primary role within households and communities. Research and projects on the ground confirmed that women could influence energy-related actions and drive political change when included into all levels of the energy value chain. On the contrary, women’s exclusion could jeopardize efforts to achieve universal energy access and result in a missed opportunity to create a just, inclusive and efficient energy space.

From the beginning, ENERGIA has always envisioned women not only as energy users, but also as suppliers of energy products and services, whose skills need to be empowered and supported. We also know it is critical to change the language used to describe women in the energy space. This is why we prefer saying women are “leaders” and “agents of change” in the energy sector – as opposed to “beneficiaries” or “users” of energy.We have always believed in the role that women have to spur access to and control over energy resources. This is why ENERGIA started and continued to carry out research to showcase the mutual impact of energy on gender norms and used this evidence to inform and influence policy and practice. 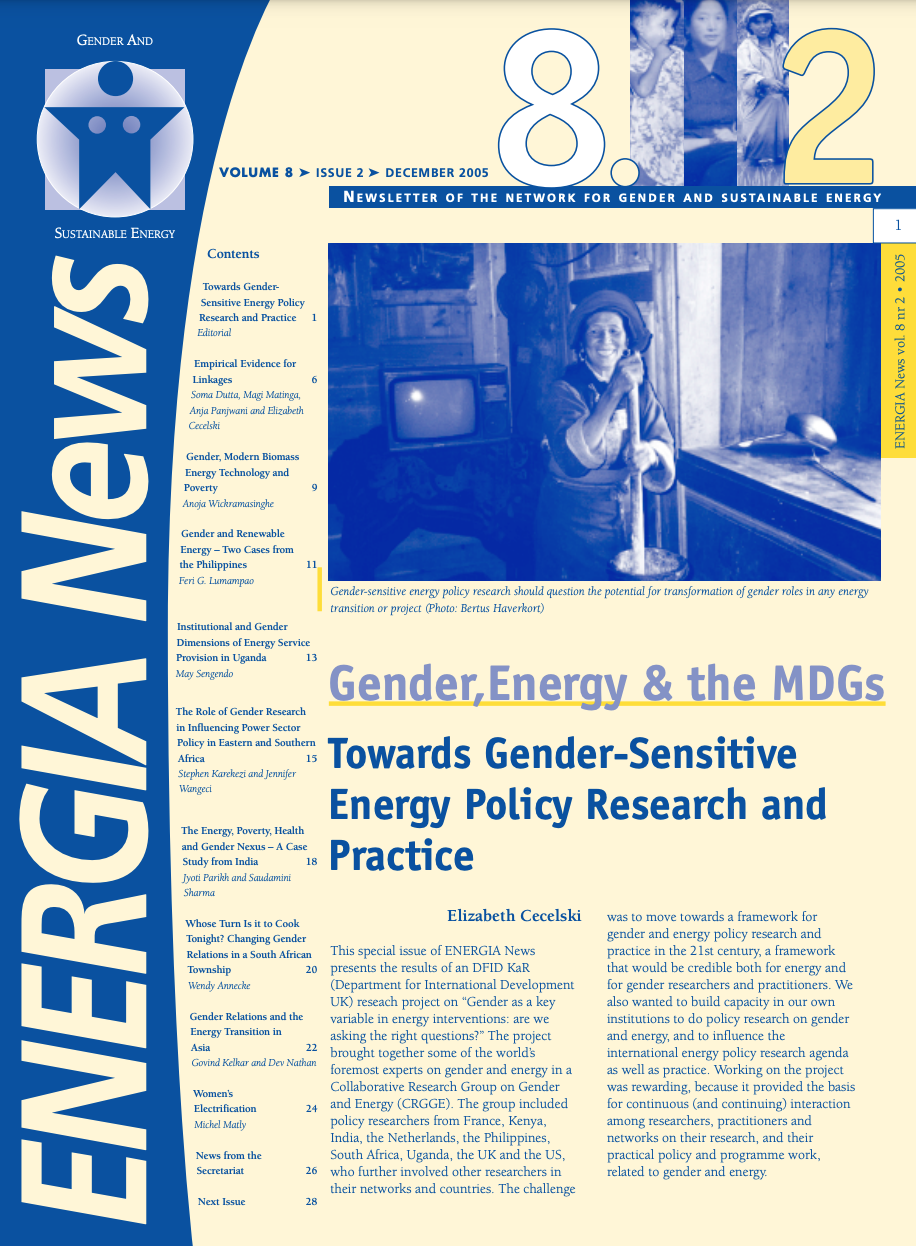