Skip to: From the millennium development goals towards a gender-sensitive energy policy research and practice: empirical evidence and case studies – Synthesis report

This synthesis report presents the results of an ENERGIA/UK Department of International Development (DfID) research project on “Gender as a key variable in energy.” The project brought together some of the world’s foremost experts on gender and energy in a Collaborative Research Group on Gender and Energy. The group included policy researchers from France, Kenya, India,
the Netherlands, the Philippines, South Africa, Uganda, the UK and the US, who further involved other researchers in their networks and countries.

Gender equality and women’s empowerment are viewed as key drivers in achieving the Millennium Goals. They have not however been seen as key drivers in the energy sector, nor has energy been viewed as critical to the gender and poverty discussion, partly due to the failure to engage both gender and energy researchers and practitioners in the same debate.

The challenge was to move towards a framework for gender and energy policy research and practice in the 21st century, a framework that would be credible both for energy and for gender researchers and practitioners, and that would contribute to the overall goal of strengthening energy policy, programme, and project linkages with the Millennium Development Goals, with a focus on gender. We also wanted to build capacity in our own institutions to do policy research on gender and energy, and to influence the international energy policy research agenda as well as practice. Working on the project was rewarding, because it provided the basis for continuous (and continuing) interaction among researchers, practitioners and networks on their research, and their practical policy and program work, related to gender and energy. 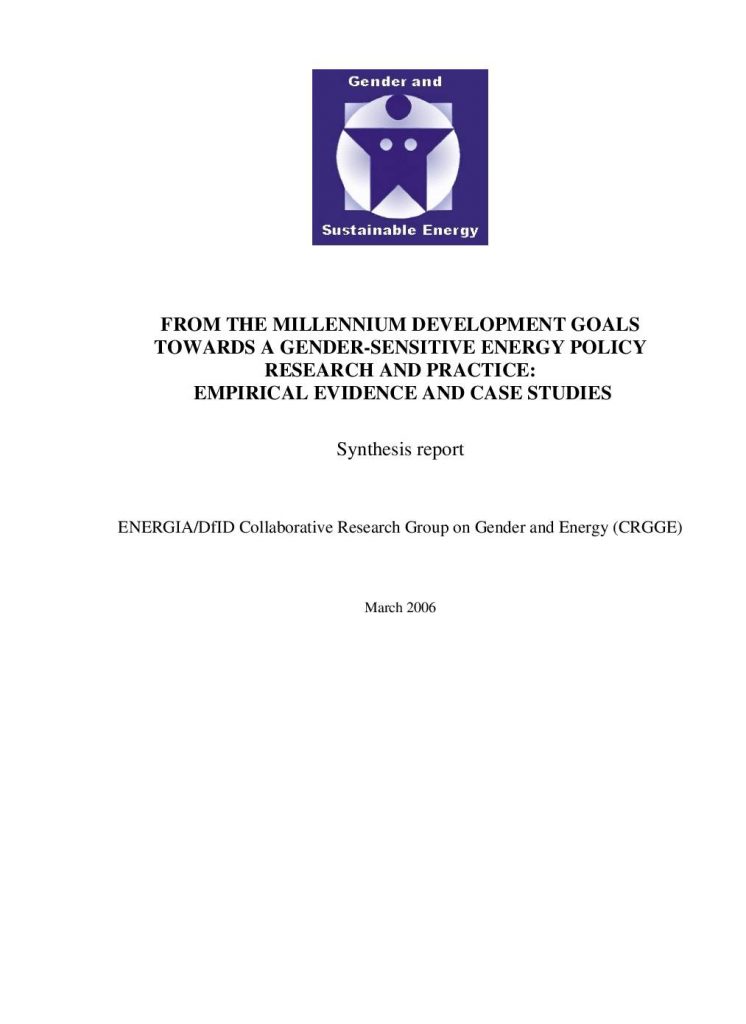 From the millennium development goals towards a gender-sensitive energy policy research and practice: empirical evidence and case studies - Synthesis report