Skip to: Mainstreaming Gender in Energy Projects: A Practical Handbook

This Handbook on mainstreaming gender in energy projects seeks to provide guidance, practical tools and examples for energy projects that show how to undertake gender mainstreaming systematically. The Handbook is a product of an ENERGIA initiative on Gender in Energy Projects, which was supported by the Swedish International Development Agency (Sida) and the Netherlands Directorate General for International Cooperation (DGIS), and implemented between 2007 and 2011.

The Handbook is based on ENERGIA’s work on gender mainstreaming since the 1990s, including gender and energy training tools, experience with coaching energy projects in Asia, and gender audits carried out under the Turning Information Into Empowerment (TIE-ENERGIA) project in Africa as well as, most recently, experience under a Swedish and Dutch supported activity on Gender in Energy Projects in Africa and Asia. Institutional partners included non-governmental organisations (including SCODE in Kenya, SIBAT in the Philippines, TaTEDO in Tanzania, and Practical Action in Sri Lanka), bi-lateral and multi lateral projects and governments (such as the GIZ-Government of Senegal PERACOD programme, and the National Biogas Programme in Pakistan), and electricity utilities (including the Botswana Power Corporation). In addition, ENERGIA has developed a guidebook on gender mainstreaming in biogas projects, in collaboration with Hivos, for use by the six country programmes in its Africa Biogas Partnership Programme. ENERGIA has also assisted Kenya Power and Lighting Company (Kenya Power) in developing a gender strategy for its electrification programme, and provided guidance on mainstreaming gender into environment and energy portfolio projects for the UNDP Cambodia office, as well as the Clean Energy and Oil for Development programmes of the Norwegian government in Asia and Africa. 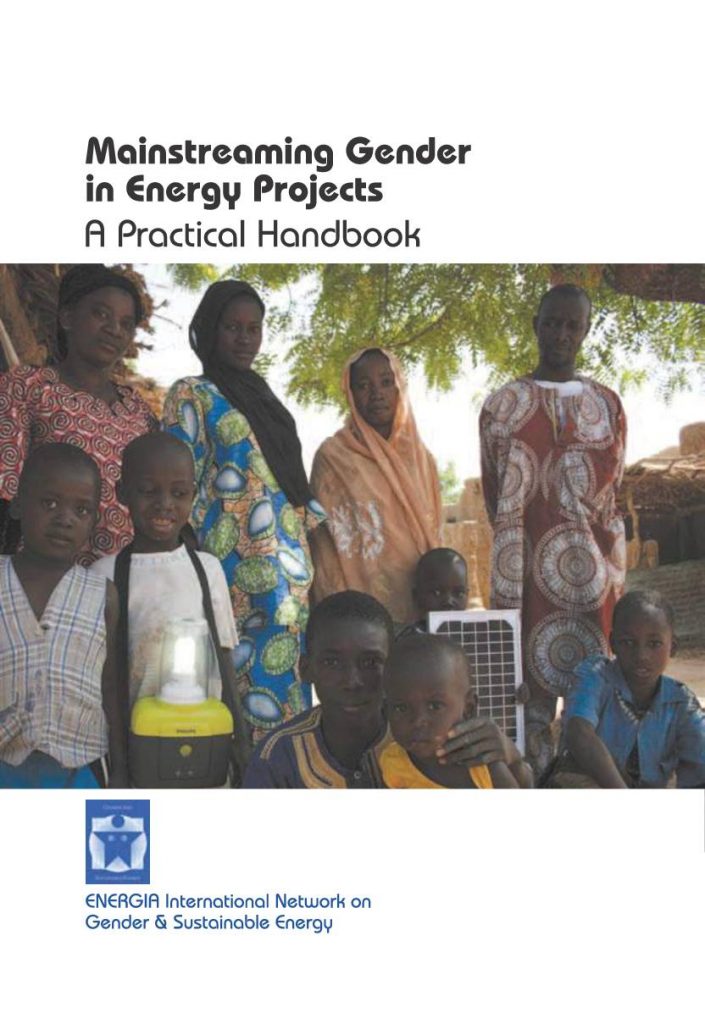