Of the two dendro-energy case studies; one was designed to generate electricity commercially for the national grid, while the other was designed as a community-level energy generation project for providing electricity for the households in the community organisation. These two cases examine the gender and poverty implications of the clean and modern energy interventions on men and women. The third study is intended to broaden our understanding of the gender, energy and poverty nexus in a non-interventional situation.

The findings of this study reveal that the dendro-energy interventions were somewhat novel and created an enterprise opportunity linked to village and farm biomass. Therefore this intervention has the potential to reduce poverty through income-generation. The situation in the field showed that the commercial supply of biomass feedstock for the plant producing electricity for the national grid was handled by landowners and capital investors, rather than by women who are the traditional woodfuel suppliers for domestic use. The community-level intervention provided greater opportunities for women through the community organisation due to its focus on organising the household supply of feedstock for generating electricity for the same households. The situation in the village with no such intervention represents the patterns in traditional biomass resource use and the features stemming from gender and poverty. The comparison between the village without modern intervention and those with suggests that dendro-energy interventions have the potential to provide strategic means for reducing poverty while addressing the needs of women who bear the triple burdens of poverty: the lack of land, of income and of power. 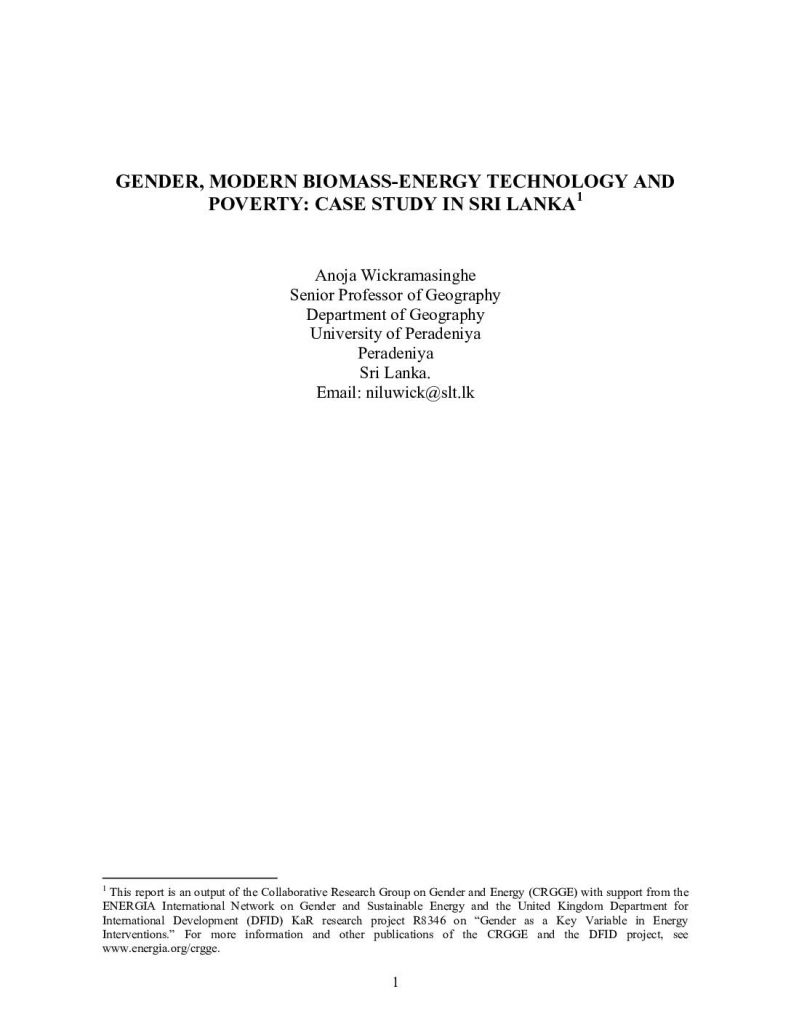